The doctor touched her arm and said gently, “You or the baby will live. Not both. I’m sorry.” The woman laid back and closed her eyes for a moment, turning away. She was so, so tired. This had been the moment she had worried about for nine months, during all the morning sickness, the cravings, the contractions, the labor pains. The moment when everything she had known and believed in for 27 years, 167 days, and 9 hours, would be put to the test. But she already knew what she had to do. A stray tear escaped, creating a tiny stain on the pillow.

They say that when you are about to die, your whole life flashes before your eyes.

But not for her.

For her, it wasn’t her whole life, just those snippets of moments. Moments she wanted to forget.

Six years old, hand snaking out and snatching that watermelon flavored Lip-Smacker and shoving it into her back pocket, her round, cherub face beaming inconspicuously.

Eight years old, foot catching on the tablecloth, Grandma’s favorite vase shattering onto the kitchen tile and blaming it on her 18 month old brother who had yet to begin talking.

Nine years old, telling her best friend that her dress was ugly and then continuing to play with her dollhouse, even when she burst out crying and left the room.

Eleven years old, receiving a 78 on the math test and crumpling up the paper into a stranger’s trash can on the way home.

Thirteen years old, screaming at her mom, I hate you, go to hell, over a thrown away assignment that she later found sitting innocently under the bookshelf.

Sixteen years old, falling in love for the first time and then throwing it away for the guy with the cigarette.

Eighteen years old, rejecting all the college acceptance letters and going to the community college next door, since her friends were all going there anyways.

Twenty-one years old, getting drunk and wasted and forgetting it was Dad’s 50th birthday.

Twenty-three years old, regifting her great-aunt’s wedding gift to a colleague from the 21st floor in a desperate attempt for a last minute housewarming present.

And in that instant, she let it all go, all of her built up regret, apologies, lost feelings.

She savored the moment, the smell of antiseptic filling her nose, her husband’s sweaty hand clamped over hers, her numb legs dangling on the hospital bed, the taste of iron in the back of her throat. She felt hot tears stirring under her eyelids but she was smiling in her head.

Maybe it would all end okay after all. After all those years, maybe this was what she had been waiting for, the time when everything no longer mattered and the only thing that she needed were those words, sitting on her tongue, threatening to be swallowed back into her throat.

She opened her eyes, knowing she was ready.

One thought on “One Of Us” 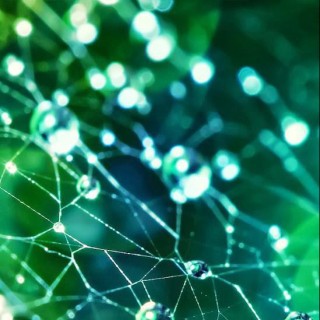